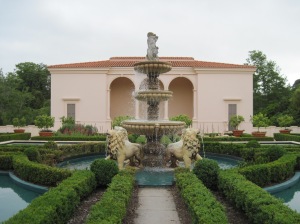 What follows is a weekend road trip I took on New Zealand’s north island in  of last year, going from Wellington to Auckland and back by way of a one-way car rental and then a one-way flight back. Bear in mind that I was living and working in Wellington at the time, so I didn’t have to book an international flight to my starting point. However, this nonetheless serves as a reasonable model for weekend trips anywhere, and also highlights the importance of taking advantage of regionally available deals. Below is a complete list of all costs to give an idea of what you might expect. I list the individual prices in New Zealand dollars, and convert the total to American dollars at the end.

That might sound expensive for a weekend trip, but bear in mind that this was a fairly ambitious journey for 2 days (about 12 hours of driving and a one-hour flight, plus half a day of hiking and spelunking), so something more modest could probably be done more cheaply. In addition, even with this itinerary, there is room for improvement on cost. First, I was traveling solo, which isn’t a very cost-efficient way to go. By traveling with just one other person, you could halve the rental car, fuel, and hotel costs. In this particular case, I took advantage of a local deal, so the car was essentially free, but you could still split gas and hotel, and shrink the total by around $65 USD to $245, by taking someone with you. You may benefit slightly on food costs as well.

Also bear in mind that my itinerary included a paid cave tour in a private park for about $65 USD. I could have eliminated this in favor of, say, hiking in any of New Zealand’s regional or national parks, all of which are free. If you subtract this cost, you’re down to about $180 if you travel with a partner.

There’s a third way reduce costs even further, and that’s by staying in a hostel instead of a hotel/motel. Personally, I’m a very light sleeper and usually struggle to get enough rest in hostels, due to the noise of slamming doors and drunken partygoers dragging in at all hours of the night, but if this doesn’t bother you (and it’s often not an issue in smaller towns), then you could probably reduce your housing costs to around $15-20 per night by staying in a shared room.